Why You Need Try Paddle boarding in London

Think you know London? Think again – even life-long Londoners are surprised how different things look on board 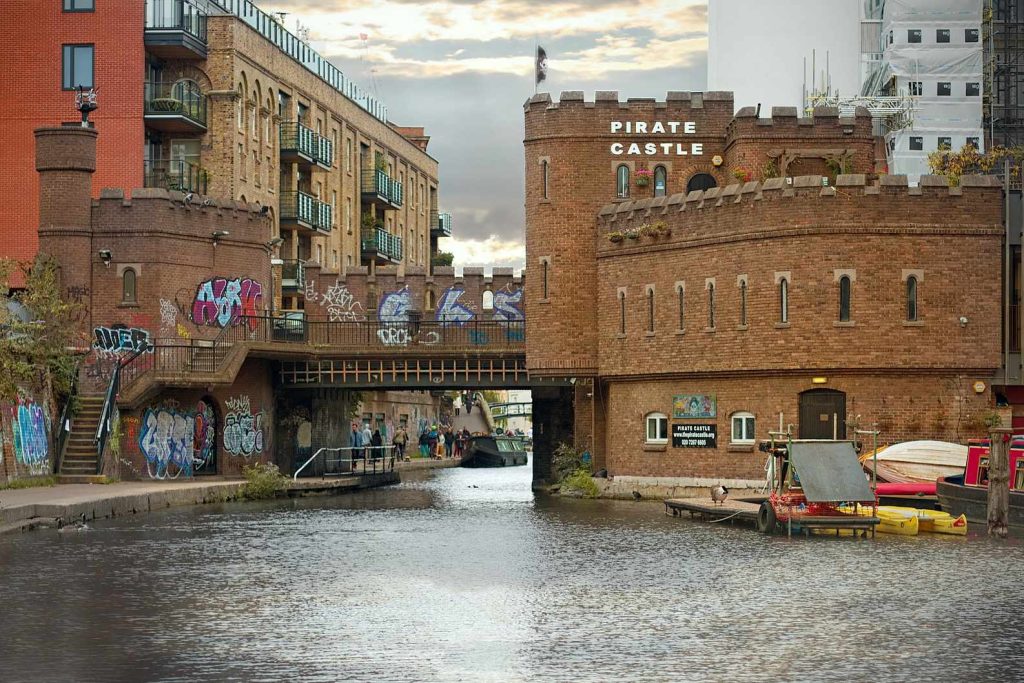 Thinking of visiting London? Chances are paddleboarding might not be top of your list of things to do in such a busy city – but we’re here to change that!

Paddleboarding London offers tours and lessons to suit all abilities. From our centrally located base in Camden we offer SUP tours for beginners/competent paddles which head west through Primrose Hill, past the London Zoo and Regent’s Park. Competent paddlers can also join our occasional trips heading east towards Kings Cross.

Urban paddling is a far different experience than paddling in crystal clear waters of the sea, but it’s a fantastic way to get a feel for the city, see some amazing street art and experience life like a local.

The Pirate Castle, Camden Town
The Pirate Castle is nothing if not recognisable. Perfectly at home in ‘anything goes’ Camden, you might be surprised to learn that it was in fact designed by famous architect Richard Seifert. Seifert, best known for iconic buildings like Centre Point on New Oxford Street and Tower 42, built more London buildings than Sir Christopher Wren.

With a clear penchant to modern, even futuristic, design, it might seem a bit at odds that he would design our quirky castle home, complete with rounded turret on top.

The oddities of the building are equally matched by the eccentricities of the charity it houses. The Pirate Castle centre for children’s watersports was founded in the 1960s by Jestyn Reginald Austine Plantagenet Phillips (say that two times fast…) also known as Viscount St Davids, son of Baroness Strange of Knowkin, Hungerford and De Moleys. The Viscount adopted the name ‘Peg-Leg’ late in life after fracturing his leg in a fall between the club’s original narrowboat home and the pontoon.

The charity originally ran from the old narrow boat and the original ‘pirates’ earned their name by ‘requesting’ donations from the canal boats as they passed through the nearby Camden lock, hence being nicknamed little Pirates. Their fundraising efforts were eventually boosted when they detained the Lord Mayor of London in the club’s dungeon while requesting ransom.

In 2008, an extension updated the facilities to make it fully accessible to those with physical disabilities. The Pirate Prince, a fully disabled-accessible wide-beam canal boat runs trips all year round to help make the canal accessible to all.

Paddleboarding London is proud to be supporting The Pirate Castle through lessons and donations. We donate a portion of each booking back to the charity to help with its fantastic work.

Check back for our next instalment on one of London’s rare floating restaurants!

Paddle for Peace – Stand Up for Ukraine

Open all year round.
Check schedule for up to date information